The post is about the rest of our summer since we only have two months before schools starts.  July 4th was kind of uneventful due to the fires.  Firework shows were cancelled so I tried to celebrate with the kids.  I made star-shaped sandwiches for lunch… 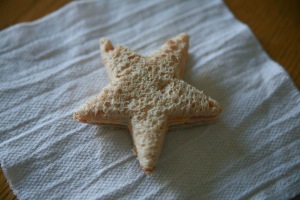 I dipped some ice cream sandwiches in some patriotic sprinkles and the kids thought it was pretty cool (pun totally intended) ;-)! 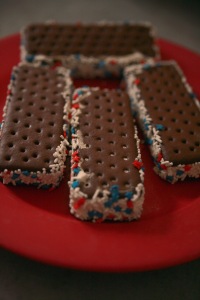 Jeremiah and I celebrated 13 years of marriage (and 17+ years of dating, 3 kids, 2 dogs, 3 different states, many memories and lots to look forward to) with a night out for just the two of us.  I love you, Jeremiah! 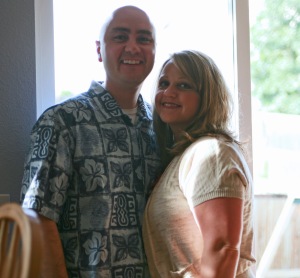 The kids had lots of time to play in the sprinklers this summer with it being so hot most of the time.  I love this picture.  Jacob typically stays out of the water just enough so he can really get his sisters soaked…the little stinker… 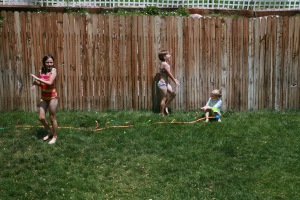 We also took a day to go to the Denver zoo.  It was a nice sunny (but very hot) day.   Jacob blurted out the differences between Bactrian and dromedary camels and noted that while they were not full of water the Bactrian camel has a B with two humps and the dromedary has only one hump. 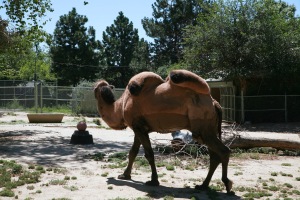 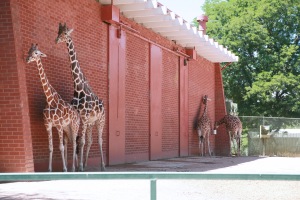 The kids were really looking forward to seeing the polar bear and the flamingos.  The polar bear was sleeping in the shade of a corner in his little cave so he was kind of a disappointment.  The flamingos were a hit though…

On a crafty day, the kids decided to try their hand at papier-mache.  They wanted to make bowls.  So Jeremiah blew up a few balloons and the kids went to work… 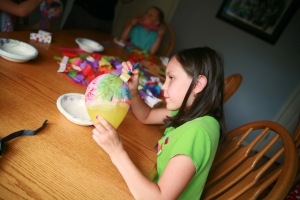 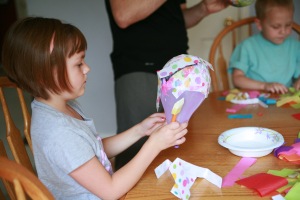 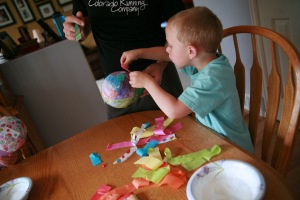 The bowls took a few days to dry but the kids were pleased with their handiwork.

July wasn’t full of things for us to do.  Instead it was a nice relaxing month of lots of family time.  Just what we needed before school started!

One thought on “July”