Jamie finished the Spring season on Monday with her last meet.  She ran her little heart out and did so well. 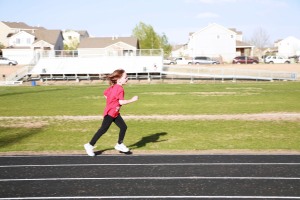 And when she finished, she received a medal.  She was so proud.

On Tuesday, instead of having practice, the team had a party.  The kids lined up according to grade level and the parents joined their kids (if they wanted to play) to run relay.  The object was to be the team who had the most water in the other bucket but only filling it by a sponge full of water at a time.

I played a round with Jamie and then I stepped out to get some pictures.  The second time around they skipped instead of ran.  It was fun to do and watch! 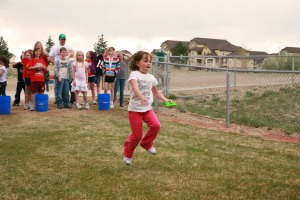 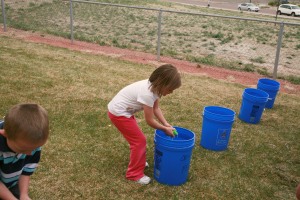 Then it was onto the party part.  Jamie insisted that I made a cake, chocolate, of course.  Oh, and it had to have the shark on it.  OK!

I didn’t think I did too bad!  The kids were then presented with certificates and a key chain with running shoe charms.  Jamie thought this was the greatest thing ever! 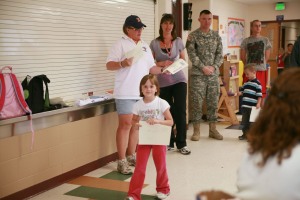 She has her key chain attached to her backpack zipper, proudly!  Jamie has already said that she wants to run in the Fall series.