Archive for the tag “program”

Jacob had a Thanksgiving program at school today.  He was so excited about the whole thing.  His teachers told the class to not tell the parents anything about the program so it would be a surprise.  He followed their instructions and wouldn’t tell us anything!

He was an indian… 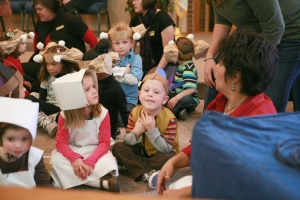 Jacob was so proud to be on stage.  His class was first to perform and they did so with another class.  They sang two songs that were completely out of tune.  It was great.  I love preschool singing! 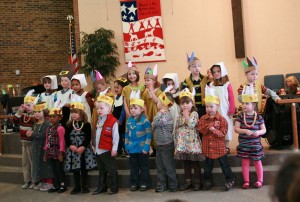 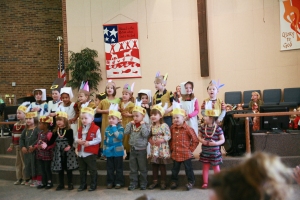 After the other classes performed, all of the kids stood to give the blessing for their feast.  They all sang the Johnny Appleseed prayer.

Then it was time for the feast.  Jacob was excited about this part the most.  His class made the applesauce and cornbread muffins (shaped into leaves) for the feast.  Those were the things he ate too.  But they had a cute little set up for the students… 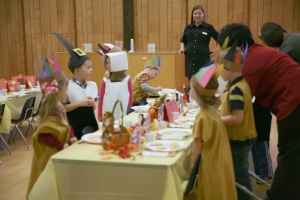 He does make a handsome indian, doesn’t he? 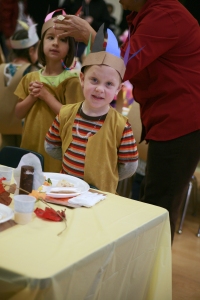 Jacob was most happy that Dad was able to make it. 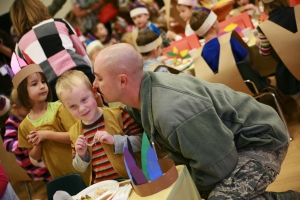 I have to say it was one of the best programs I’ve been to in a long time.  The rest of the day Jacob sang his songs over again.  He was happy he didn’t have to keep it quiet anymore!