1.  I had a blast being in middle school just before Fall break.  The science fair projects were amazing.  Mazie actually won honorable mention for her collection project.  She was pretty proud of her big ribbon.

2.  A two-week Fall break is kind of long for kids who love school but I think we did a pretty good job of keeping busy.  We went to the Colorado Pumpkin Patch.  Actually we went on the windiest day of the year… 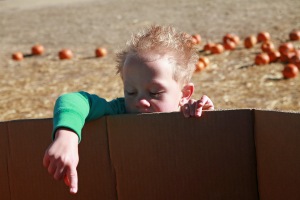 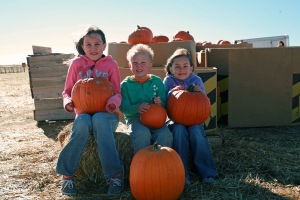 3.  After picking the perfect pumpkins, we had to carve them.  We headed home to draw the faces, scoop out the “guts”, and carve the pumpkins. 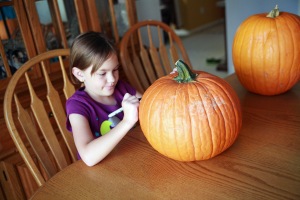 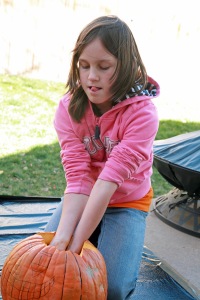 4.  Dad did all the carving but the kids definitely supervised.   The final pumpkins turned out pretty cool.  They are now so wilted that they really shouldn’t be on the porch but they can’t be thrown out until after Halloween.  Good thing they don’t smell! 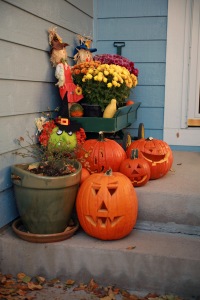 5.  We went to the Denver Aquarium without the camera.  I just wanted to enjoy the outing instead of worrying about pictures.  When we arrived a school was just dropping kids off.  I was pretty happy with my decision to not take the camera after seeing all the kids!

6.  We had pretty hot weather for most of Fall break.  The kids were able to enjoy some leaf jumping… 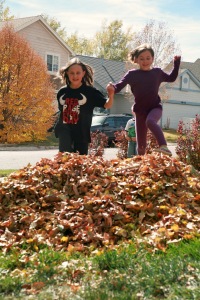 7.  I don’t know if you’ve noticed lately.  Jacob has been wearing “spikels” in his hair.  I am not sure why he wants his hair spiked up but for most of the Fall break he insisted that I put the “stuff” in his hair to make it stand.  But when you are a little boy jumping in leaves, you aren’t really looking to find a whole nest in your hair…

8.  I was actually worried they wouldn’t get any jumping this year.  We had a really cold start to October and then Summer decided to show up for a little.  Then we had about 2 inches of snow to end it.  Gotta love Colorado weather.

9.  We also went to Boo at the Zoo this year.  It was our first time doing so.  The kids had a blast and it was kind of cool how they had it all set up.  They had vendors come to the zoo and set up tables and the kids walked around to each table getting goodies.   We also saw some of the animals too. 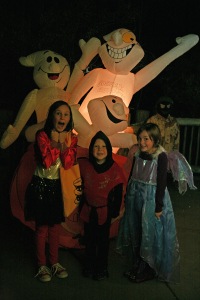 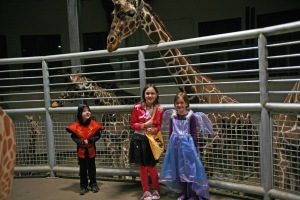 There was a show about animals too.  Jacob was picked to be an assistant.  He was demonstrating how they can train the tortoises.  When the tortoise reached Jacob’s stick, he got a strawberry.  Jacob was pretty pleased with himself… 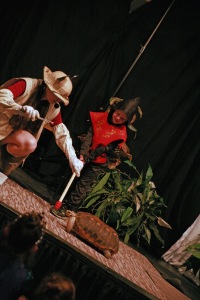 10.  It was a nice break.  The kids were so ready to get back to school on Monday.  It was good to have the house quiet again :-).

One thought on “Ten on Tuesday: Fall Break”